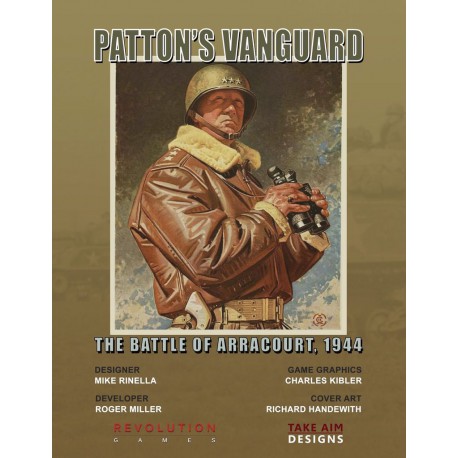 Patton’s Vanguard: The Battle of Arracourt, 1944, is a two-play area movement game that simulates the German counterattacks in the Lorraine region of France.

Patton’s Vanguard: The Battle of Arracourt, 1944, is a two-play area movement game that simulates the German counterattacks in the Lorraine region of France. As the summer of 1944 drew to a close and Combat Command A of the American 4th Armored Division passed through the French town of Arracourt the war seemed all but over. It seemed as if nothing could stop the Americans from forcing their way across the German border and reaching the Rhine River. The weather, however, was rapidly deteriorating and Allied air reconnaissance failed to detect a counteroffensive by the German 5th Panzer Army. The stage was set for the largest clash of armor on the western front until the Battle of the Bulge.

The game consists of two quick-playing four turn scenarios depicting the German attempt to drive the Americans from the German border. The first scenario (September 19 - 22, 1944) pits two inexperienced German panzer brigades against a confident and veteran Combat Command A. The German side has more armor, including the superior Panther tank, and the poor weather generally favors them, but the American side has more artillery as well as better tactics and leadership. The second scenario (September 25-28, 1944) pits the experienced German 11th Panzer Division against Combat Command A and the newly arrived Combat Command B, now hampered by restricted fuel supplies. In each scenario both players will be challenged to determine whether it is better to simply attack, or spend valuable time attempting to maneuver in continually changing weather conditions before attacking. Fast, furious, and chess-like, this is a game for players who love concentrated action! 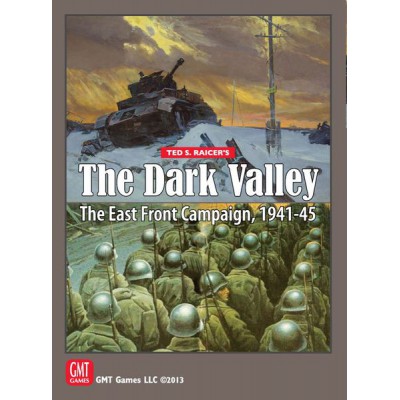