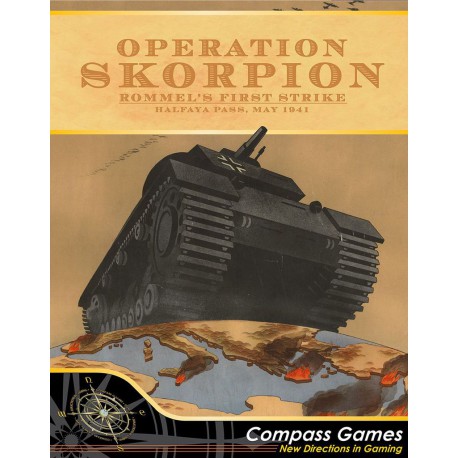 Grand tactical simulation of the Battle for Halfaya Pass, may 1941.

Operation Skorpion is a relatively short, fast moving game that introduces a new fog of war game system. Opposing strength is unknown until units enter combat. Once revealed, those combat values can continue to fluctuate during the course of the game based on judicious use of mobile supply units.