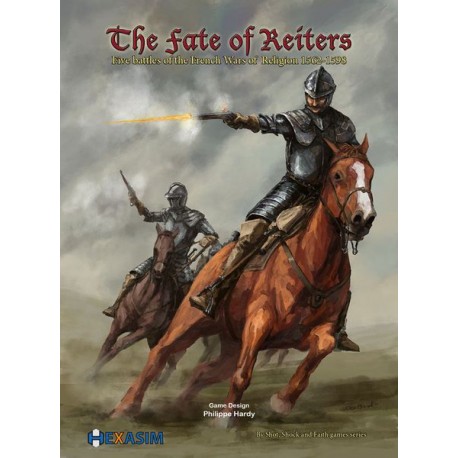 The Fate of Reiters is the second game of the series By Shot, Shock and Faith (in French: "Par le feu, le fer et la foi") allows the simulation of religious wars that occurred in France from 1562 to 1598.

The Fate of Reiters is the second game of the series By Shot, Shock and Faith (in French: "Par le feu, le fer et la foi") allows the simulation of religious wars that occurred in France from 1562 to 1598. This civil war opposes, in a first conflict phase, protestants- otherwise known as Huguenots- to catholics, then royalists to League members after the accession of Henri IV to the throne in 1589.
The art of war during this period of the Renaissance is rapidly changing. The great feudal landlords, steeped in morals, fight alongside mercenaries motivated by sole cupidity. The diversity of the weapons that are used offers great tactical possibilities, based on impact and fire. Gendarmes, cuirassiers, reiters, harquebusiers, lansquenets and Swiss mercenaries confront each other in a merciless fight.
The Fate of Reiters is a grand tactical game which, for the first time, allows the simulation of five battles of that era :
COGNAT : January 6th, 1568
DORMANS : October 10th, 1575
AUNEAU : November 24th, 1587
VIMORY : October 26th, 1587
METRIEUX (aka VIRE-CULS) December 10th, 1587

This is a classic game system ; « I go, You go », of average complexity, including, during the active player's phase, a sequence of reaction from the passive player, such as fire, counter-charge or tactical backstep. The maps are whith areas from 300 to 500 m by side. A color code allows to easily determine the costs of movements and the line of sight. The scale of the game is one unit for 100 to 500 soldiers or one or two guns. One game turn represents a duration of 20 to 30 minutes. A corps represents either a vanguard or a rearguard, or the main body called battle.
The combats allow to simulate charges « in wall », the merciless shocks between pikemen, the artillery fire and highlight, by a support system, the combination of iron -shock- and fire -shooting. The optional rules- caracoles, orders, lost children, looting- add even more realism to the era's battles. The rules and the five battles offered are based on a thorough bibliography and researches made into books written by contemporary authors, specifically François de la Noue for the Protestants and Blaise de Montluc for the Catholics, and also on precise topographical plans of each battlefield that is still accessible... Are you ready to put on the Henri de Guise, Duke of Lorraine and fight your enemies the famous German mercenaries?

10 other products in the same category: 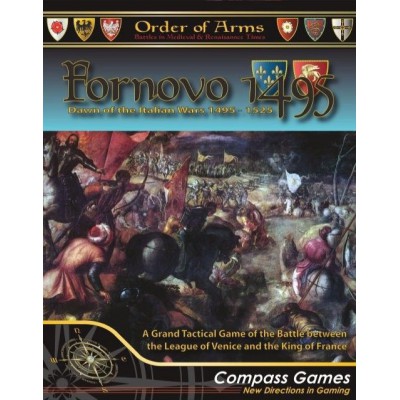 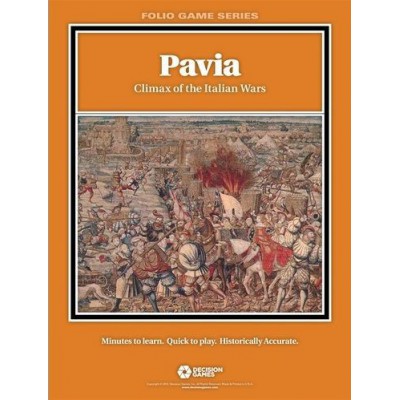 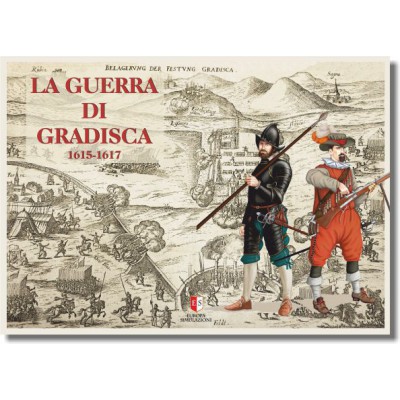 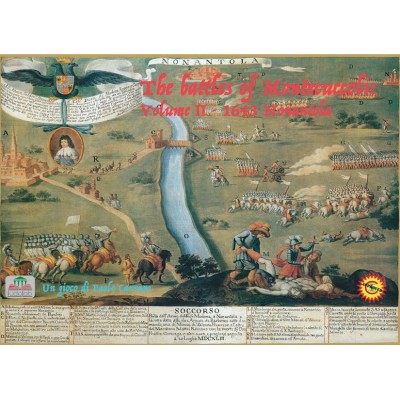 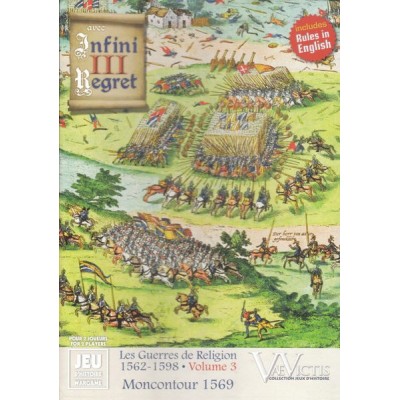 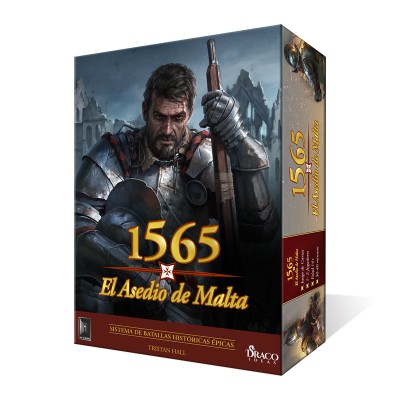 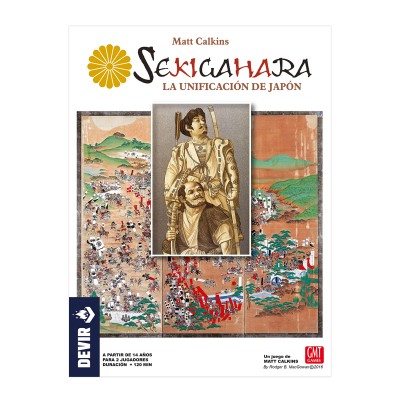