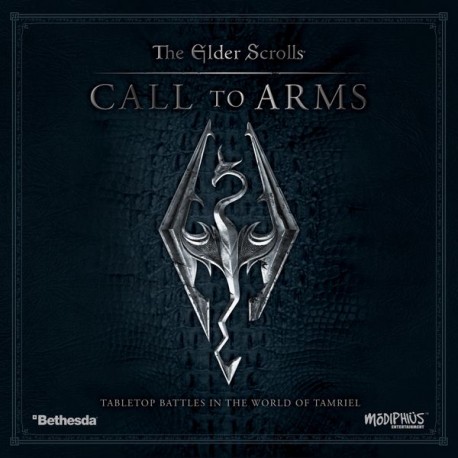 The Elder Scrolls: Call to Arms

The Elder Scrolls: Call to Arms is a narrative miniatures game based on The Elder Scrolls video game franchise by Bethesda Game Studios. The game features scenarios ranging from dungeon delves in which you seek out lost treasure, to running battles across the ruined outposts that dot the landscape of Tamriel, all the while fulfilling quests and narrative-driven scenario objectives that will see your band of heroes grow from game to game. Will you claim the ruined fort as yours and build your own settlement, or wander the countryside clearing out foul ruins of the stench of your enemies?

Players can play against each other or team up (or play solo) to take on all manner of creatures and adversaries driven by an advanced AI system along the lines of the one in Fallout: Wasteland Warfare'. In addition to controlling troops, you need to manage the stamina and Magicka resources your characters bring to the table, all the while watching out for hostile AI-driven enemies and narrative events that can change the flow of battle.